Small Claims, Big Problems: How to Avoid a Tribunal

Employee claims are rapidly on the rise and companies are paying the price, and not just financially. Nearly fifty thousand single claims were submitted to the employment tribunal last year. That’s a steep 25% climb compared to 2020. Multiple claims saw an even more staggering increase of 82% in the same period, with age discrimination claims rising the most significantly by 176% in the last twelve months. 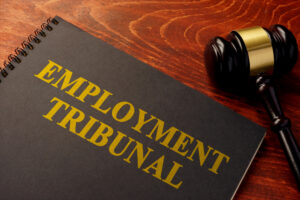 Other types of claims to see a sharp incline include:

One of the few areas to see a decrease in claims is ‘failure to consult on redundancy’ which dropped by 46% compared to the year before though this could be largely attributed to the extension of the furlough scheme at the time.

While there will always be cases of disgruntled dismissals, polished policies and procedures can go a long way toward protecting employers. Prevention is better than cure as they say, and proper protocol can reduce the risk of being taken to a tribunal. It is more important than ever to put fair processes in place and maintain an equality and diversity policy with measures to combat discrimination in the workplace.

The substantial increase in age discrimination claims suggests that employers are still falling short of their legal obligations in this area. In the three-month period between October and December last year, nearly 7,000 claims were attributed to ‘unfair dismissal’ while over 4,000 claims related to ‘working time’.

It’s clearly a crucial time for companies to be fully aware of their legal responsibilities, and ensure that policies and paperwork are air-tight. Investing a little time and money into HR now, can ultimately save a lot more time, money, and most importantly, your reputation.

To discuss how we can support with securing exceptional internal HR talent for your organisation, or to direct you to our partnered HR provider please reach out on enquiries@burtonrecruitment.com